A downloadable game for Windows and macOS

Deliver food as Santa on your bike during summer in your swim trunks in this crazy fast, rhythm-based, arcady, crazy mix of a game!

This game was made for the Klagenfurt Game Jam #8 (KluJam #8) with the theme "Unusual Combination" and was created from scratch within 48 hours.

Thanks to Lena Steinkellner for the game idea.
Thanks to Thomas and Guido for the crazy brainstorming session that led to the creation of this game.

Unfortunately no Linux or at least web build. The music and sounds are super obnoxious, the voices hard to understand. Did you make the music yourself? It is very hard to get into the rhythm. I hit the houses but mostly don’t get points. Otherwise the game seems to work well.

Thank you very much for the feedback!

The music was done by MerlinnSound. We are currently working on a post-jam version which will have improvements for the shooting, the rhythm-based inputs and we will have a look into the music.

At least a web build is planned, but it's having some weird issues right now. Hope to fix it for the next version. I never did a Linux build, but I will have a look into that too.

PS: You only get points when you deliver to houses that have a delivery order (big, rotating food symbol above the house), but that will be explained in the Tutorial soon

We had some time issues during the game jam, which resulted in some features not being as good as we wanted, but we are very happy with the game in general.

I forgot which Christmas song yours is based on but if it was Jingle Bells you are probably fine as it is old enough. Sorry for being a bit salty here, the game as it stands is probably just not my jam. Especially the music rubbed me the wrong way. I thought the houses with the target symbols on top were the targets and the one with the food on top is the one where you get the food.

Here's the OST if you can't get enough https://merlinn.bandcamp.com/track/merlinn-s-a-n-t-a-ost

The songs are all royalty free and are the following:

Of course this game is not for everyone, as it is normal with all games. But to be honest, the game is really crazy and we just mixed everything we coudl think of to make the combinations as unusual as possible 😁😁

Yeah, the game is not doing a good job from a Tutorial perspective, but making a good game and a good tutorial in 48h is sometimes just not possible. v1.1 will do a better to make it clear for everyone. 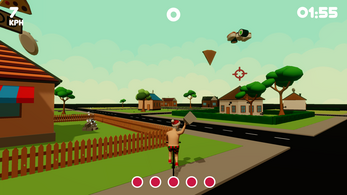 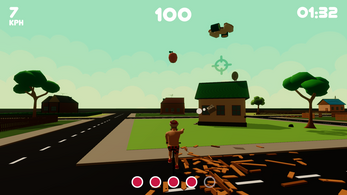 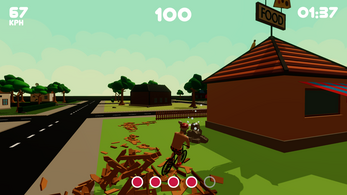 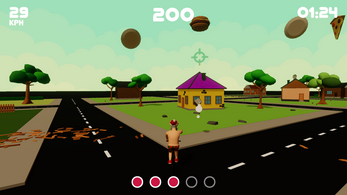 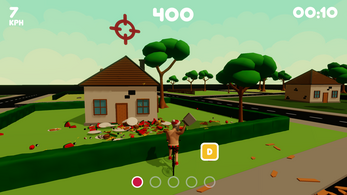 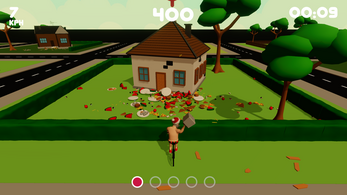